Can America’s Infrastructure Keep up with Electric Vehicle Demand? 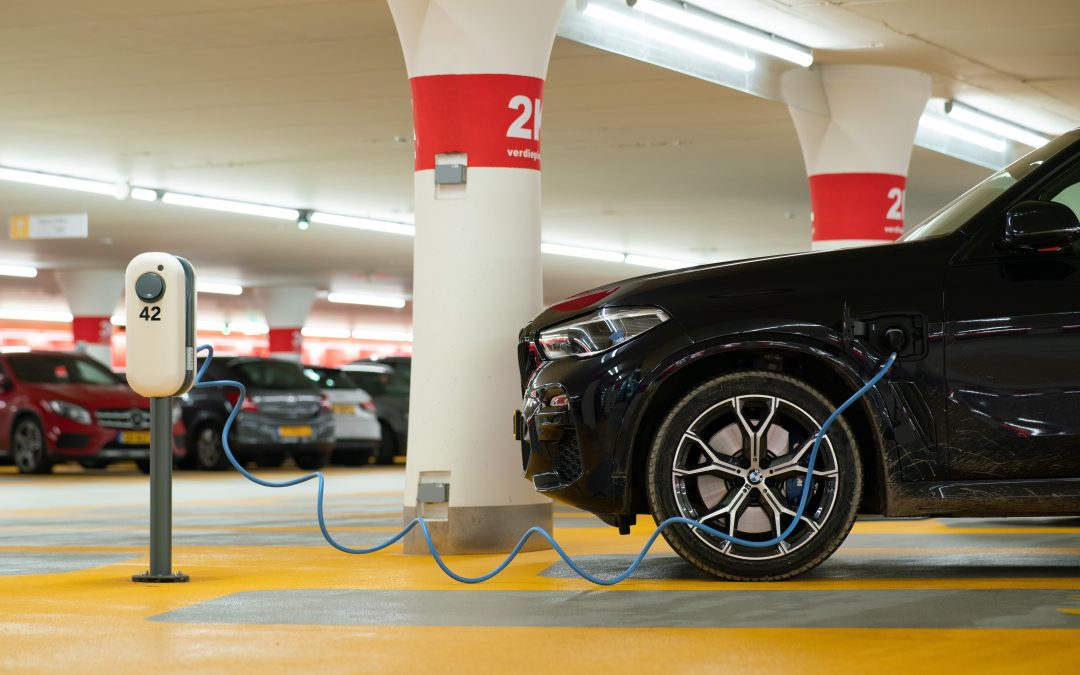 Between the combination of surging electric vehicle demand and a recent spur of both federal and state legislation propelling the EV market forward, it is an exciting time to be a part of the electric vehicle community, both as a producer and as a consumer. However, it is important that legislation is the United States does not overlook a critical component in that of the current and future electric vehicle infrastructure.

Up until recently, it was without question that the electric vehicle tailwinds driving the influx in consumer purchases were far outpacing the legislation that would be supporting the electric vehicles being driven. However, on September 14th, the Biden-Harris administration announced their approval of 35 state plans to build out the currently lacking electric vehicle infrastructure across 53,000 miles of highways across the United States. The current details of the approved program will allow states to access $5 billion dollars over the course of the next five years with the hopes of developing an affordable and efficient EV charging network across the nation. In addition to the $5 billion being provided, the Biden administration has been vocal about their goal to see 500,000 EV chargers built by 2030 to reach the net-zero emissions target by the year 2050.

Despite some concerns surrounding the EV infrastructure and charging time, there is a large camp of industry experts who believe the recent influx of grants to build the charging stations will be the impetus the electric vehicle infrastructure needed to gain popularity over gasoline powered cars. This sentiment has been echoed across EV industry forecasts which have had to continuously raise projections amidst the changing legislative backdrop with the recent passing of the September Infrastructure Law along with the Inflation Reduction Act which has provided an additional EV subsidy in the form of $7,500 tax credit upon purchase. Also, some states have taken aggressive stances in support of Electric Vehicles as California, Washington, New York, Massachusetts and Virginia have all passed legislation banning the sale of new gasoline-powered cars and light trucks by the year 2035 with 13 additional states planning on adopting their own version of the ban in the near future. The result of this influx of legislation can be found in the forecast adjustments as EV sales by 2030 came in at 43% of the U.S. market but with the current climate-spending measures in place, the estimate was revised to 52%.

Among those who have become believers in the future viably of an American EV market are many European charger production companies such as the company Kempower. Kempower is responsible for the beacon of electric vehicle infrastructure development in countries such as the Netherlands and Norway. Kempower CEO, Tomi Ristimaki provided his reasoning for why he is now a believer in the future of EVs in the U.S. when he stated, “I don’t normally like subsidy markets much but the subsidy in the U.S. has become so large that it actually pushes charger infrastructure forward.” With an increase of these EV infrastructure companies entering the U.S. marketplace as they vie for lucrative government paydays, the likelihood of a smooth transition to electric vehicles grows increasingly possible. 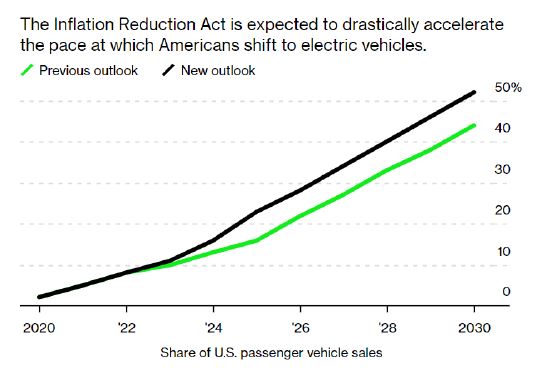 Overall, many experts still have their concerns that the forecasted demand is far outpacing the actual feasibility of the expedited move to EV’s being a success unless infrastructure and charging technology is improved. The fastest electric vehicle charging stations offer a refuel time that is ten times slower than that of what it takes to pump your car full of gas with charging stations exponentially scarcer than that of gas stations. The best possible outcome would be that market pressure combined with legislative impact can fuel a movement to electrification of vehicles while maintaining grid stability.