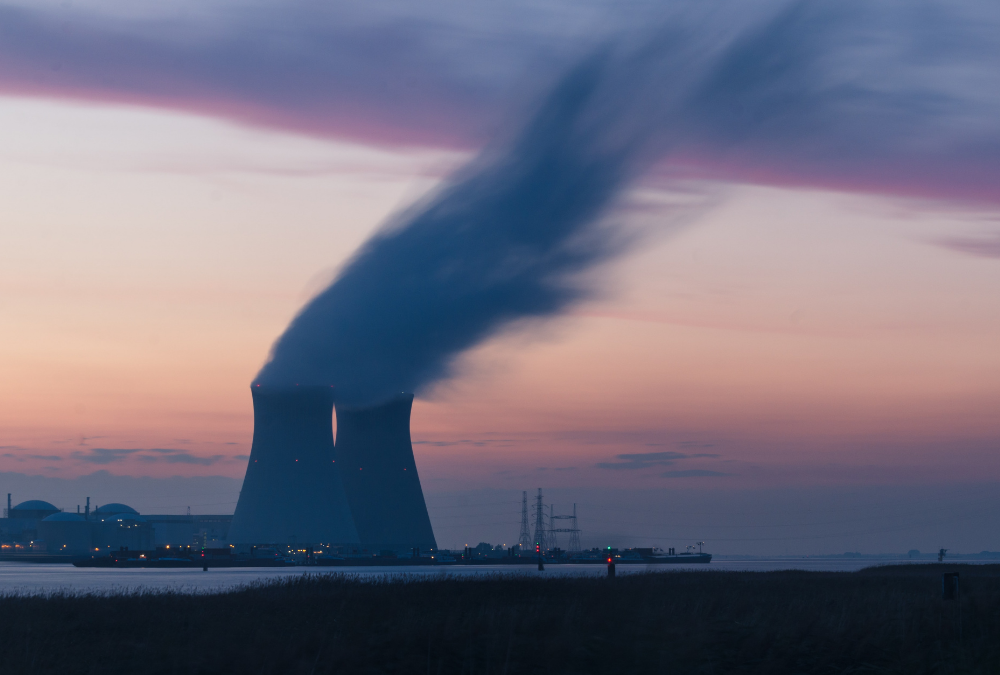 Few topics are as controversial in the sustainability industry as nuclear power’s true role and impact in a zero-carbon transition. The European Commission recently proposed that the EU Taxonomy, which identifies sustainable business activities, will include nuclear as a “green energy” source. At the same time, Germany has worked to phase out nuclear as quickly as possible as it shifts focus to renewables.

In the United States, nuclear energy comprises approximately one-fifth of electricity generation, and locally on the PJM grid, nuclear falls in third place behind coal and natural gas generation. Despite this, Americans are evenly split on whether they favor the use of nuclear power. Nuclear is often classified as a Tier II and not eligible for Green-e REC certification in North American REC markets. Unraveling the complexities of nuclear power helps clarify the nuances of the process and explains why experts are divided.

The Pros of Nuclear Energy

Nuclear energy is considered a zero-emission energy source. According to the Nuclear Energy Institute (NEI), by utilizing nuclear generation, the US avoided more than 476 million metric tons of CO2 emissions in 2019 (the equivalent of removing 100 million cars from the road and more than all other clean energy sources combined). Nuclear power is a stable, reliable fuel source in a way that renewables can’t measure up to; turbines produce energy when the wind is blowing, solar panels produce energy when the sun is shining, but nuclear power can run 24/7. The US Department of Energy deems nuclear energy the most reliable energy source in America, with nuclear power plants operating at full capacity 92% of the time in 2020. To put that in perspective, that’s roughly twice as reliable as wind (35%) and solar (25%), and even natural gas-powered generation, which makes up most of the load and only runs at full capacity 57% of the time.

In addition to being reliable, nuclear power is energy-dense. A typical 1,000 MW nuclear facility needs approximately a square mile to operate – while wind farms require about 360 times more land area and solar panels 75 times more land area to produce the same amount of electricity. A single pellet of nuclear fuel weighs approximately 6 grams yet produces the equivalent of power generated by a ton of coal or 17,000 cubic feet of natural gas.

The Cons of Nuclear Energy

The first and possibly most harsh criticism of nuclear generation is what happens when things go wrong. Famous catastrophes like those at Chernobyl, Three Mile Island, and Fukushima illustrate the devastation and loss of life resulting from nuclear disasters. Some say that nuclear reactors are highly vulnerable to terrorist attacks and pose a significant threat to national security. However, others argue that nuclear facilities’ highly regulated and secure construction would preclude any catastrophic outcome.

The second major criticism of nuclear generation is the waste it produces. Nuclear waste has been the most significant criticism of nuclear generation; highly radioactive for thousands of years with no universally accepted disposal method; it poses a threat to the surrounding environment. The world produces approximately 1.2 million cu ft. of nuclear waste in a year – to put this in perspective, the waste generated by one person’s energy use would be about the size of a brick, and the highly radioactive portion would be about 5 grams. This waste is stored in either spent fuel pools (SFPs) or dry casks filled with helium. Some experts argue that other forms of energy waste aren’t nearly as well-controlled; for example, Scientific American suggests that the fly ash emitted by a coal-fired electric generation carries 100 times more radiation directly into the surrounding environment. Deep geological repository has been approved in some countries, but not yet in the US.

Another critique of nuclear generation comes from the extraction of raw materials, the radiation, water quality, and environmental impacts of the mining process. Since there is a limited supply of these elements, one could argue that nuclear power should not be categorized as a true renewable. Others agree that while nuclear generation itself is emissions-free, the carbon footprint of raw material extraction cannot be ignored. It is important to note that these critiques could be compared to the challenges of producing and repurposing wind turbines and solar panels.

So, is Nuclear green?

The human and environmental costs of nuclear power cannot be ignored. Despite the criticisms of nuclear power – there are some clear advantages. Dominion Energy CEO, Robert Blue, says that nuclear energy will be “crucial in the push to decarbonize the US.” With 98 nuclear power reactors dotted around 30 states and comprising approximately one-fifth of electricity generation, the US depends on nuclear’s reliability and low cost of operation.

It seems that nuclear power falls in a murky gray area between true “green” power sources and traditional fuel sources. Still, in a zero-carbon transition, it serves as an overall cleaner, more reliable source of power generation than fossil fuels such as natural gas and coal. In the age of electrification, nuclear plays a vital role in balancing the need for cleaner, energy-dense, and reliable power sources with the increased power demand on the grid.