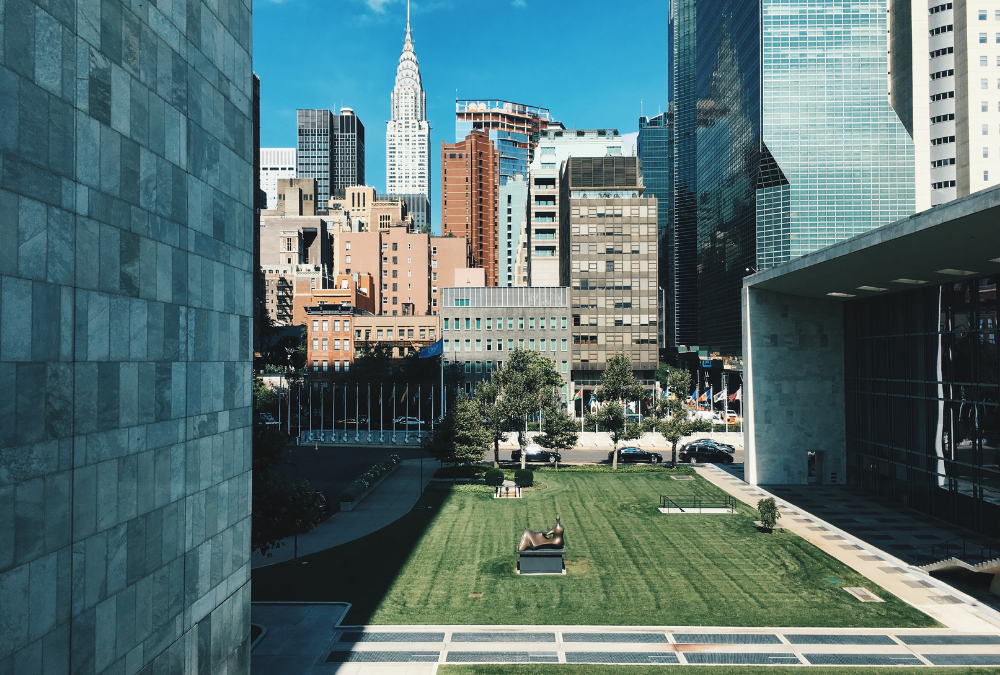 In 2020, New York City Mayor, Bill De Blasio, addressed his goal of tackling climate change by initiating a new green energy plan. Since 2014, New York City’s solar energy has increased almost six times over. The next major obstacle to tackle is the private sector, which consists largely of office buildings. This sector will require working with state and federal energy regulators to maximize the use of renewable energy. The mayor’s renewable energy proposal, “Save our Future,” has lined up specific goals for NYC to execute.

Pollution in the City

The majority of GHG Emissions in New York City come from stationary energy. Stationary energy can consist of office buildings, apartments, and other stationary sources. According to the office of the mayor, buildings in the City emit nearly 70% of their greenhouse gases. Carbon dioxide emissions for the typical New York City resident is somewhere around six tons per person a year. The majority of this can be attributed to; electricity and/or natural gas for lighting and heating, air conditioning, and appliances.

Currently, the grid for renewable energy in New York City is relatively small, only at about three percent, but this is projected to increase rapidly as the City’s green energy plan comes into effect. To achieve NYC’s greenhouse gas reduction goals, the NYC electric grid must become 70 to 80 percent renewable. The City is planning to rely heavily on renewables located in the northern and western parts of New York State, Canadian hydropower, or offshore wind expected to come online in the next 10 years.

The Plan for the City’s Residents

The City has implemented the following guidelines to assist with the switch:

What Does This Mean for NYC’s Future?

New York City’s new green energy plan could result in a dramatic decrease in CO2 emissions. If one current NYC resident made the switch to 100% wind (when available), C02 emissions would decrease by 2 tons per year. If New York City can effectively execute this plan and achieve its goal, this plan could significantly impact the current climate.

As the push for renewable energy and cutting carbon emissions continues to grow across the globe, now is the time to build a green energy strategy for your organization. Evolution Energy Partners (EEP) can assist your organization with incorporating green energy into your energy management plan that best fits your objectives.

Contact us today to learn more about green energy products and our Energy Risk
Management services!