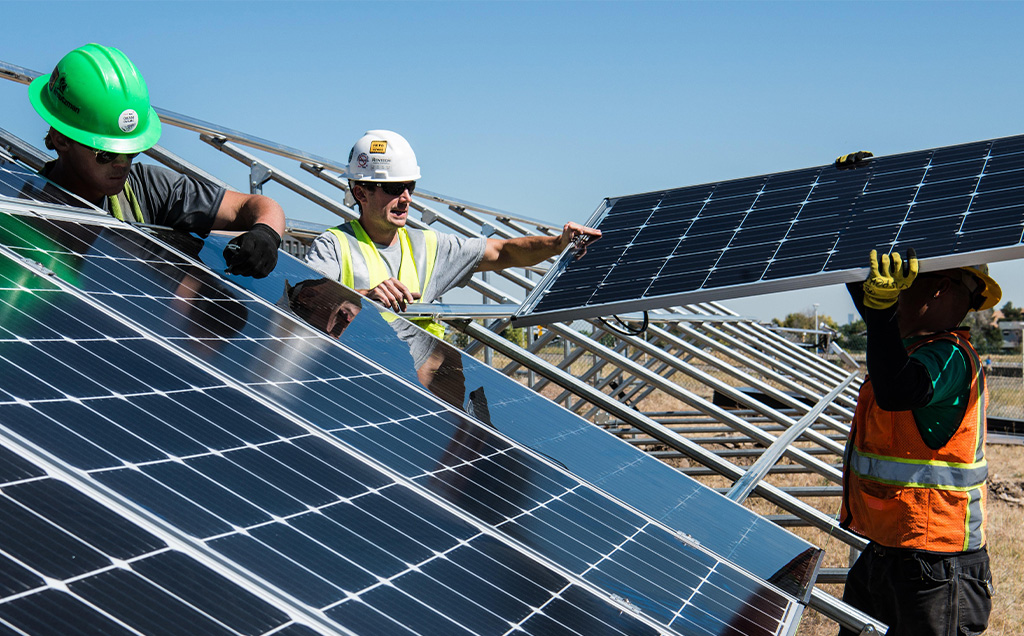 In the past decade, the wind market in Texas has multiplied. Favorable state incentives, high wind potential, and corporate sustainability goals have a lot to do with this trend. Texas is now the largest wind-to-energy producer in the US with 28,843 MW of installed wind capacity. The strongest incentive for wind power is the Production Tax Credit (PTC), a tax rebate based on the amount of electricity a wind farm produces. This tax credit has caused an influx of wind farms to pop up in Texas in the last two decades; but with the market becoming highly saturated, the PTC has dropped significantly in value.

With the wind market losing strength, opportunity has turned to solar energy. This past year, the third most solar panels in the country were installed within the Texas solar market, with capacity expected to increase from 2 to 8.5 GW by 2025. This growth increase can be attributed to several factors including high land potential, decreasing solar prices, decreasing wind value, and increased summer demand.

Choosing a solar project to support your organization’s energy needs can increase your bottom line to meet your sustainability goals.

Will solar energy be able to meet the demand?

The state of Texas is perfectly situated to take advantage of solar energy. Utility companies can take advantage of the vast, open landscape and high solar irradiance in the western part of the state. Transportation of solar energy throughout the Texas solar market is now easier than ever thanks to the newly created Competitive Renewable Energy Zones (CREZ). CREZ is a system of transmission lines that brings renewable energy from Western to Eastern Texas, where most of the population is located. In addition to the open landscape, Texas has the second highest potential for rooftop solar PV installations in the country due to low tree coverage and an abundance of sun.

Demand for electricity, particularly in the Summer months has become a hot topic in Texas. This past Summer, Texas broke the record for demand in the Electric Reliability Council of Texas (ERCOT) market. Forecasts are calling for this demand to increase even more in the coming years due to high temperatures and an increase in population.

Many corporations have started taking advantage of renewable projects to hedge against future increases in electricity prices and to meet their sustainability goals. Although solar incentives vary state to state, a Virtual Power Purchase Agreement (VPPA), provides the most economic benefits for a corporation. A VPPA allows a corporation to meet their sustainability goals without being close to the renewable project. For example, an organization in Pennsylvania can sign a VPPA with a developer for a project in Texas. The corporation pays the monthly difference between the contracted upon rate with the developer and the wholesale rate that the developer receives. For example, if the agreed upon rate is $40/MWh and the wholesale rate is $25/MWh, the corporation pays the developer $15/MWh.

With the wind market becoming more and more oversaturated, solar energy is a safe and affordable bet for your organization’s energy needs. The Texas solar market will provide an abundance of solar projects for corporations to meet sustainability goals and save on their bottom line.